FIVE WAYS to shoot awesome video on an iPhone camera

FIVE WAYS to shoot awesome video on an iPhone camera

FIVE WAYS to shoot awesome video on an iPhone camera: These days, video is king. The quality of content on social media, or just for when we are communicating and recording memories, is often determined by the calibre of camera we have on our smartphones. Thankfully, iPhones have always risen to the occasion – and no more so than with the incredible 4k resolution that is now available on the iPhone 8, X, XR and so on. If you want to improve the way your video looks and feels, check out the following tips and start making stunning videos today.

1# Get a tripod for your iPhone

There’s nothing worse than shaky video footage. It’s off-putting and distracting. Your brain spends more time trying to ignore the shaking than it does on watching the content. A tripod is a must if you want to create semi-decent video footage. Even though iPhones have stabiliser features for video footage, nothing can replace a totally steady tripod. Tripods also allow you to position and reposition your iPhone camera time and time again. Many come with Bluetooth remotes as well, so you can start your video rolling without constantly tapping your phone screen. Consider purchasing two tripods. One large one for off-the-floor camera work, and a small and flexible Gorilla Grip style tripod for table-top spaces and pocket tripod ease.

2# Get an external mic for your iPhone

Background white noise is impossible to get rid of in video footage. If you want to get crystal clear sound that’s super easy to use, look for a wireless mic. This also means that your subject can continue to speak clearly despite physical movement and being further away from the camera. You can get cheaper, plug in mics (although these won’t work if your iPhone doesn’t have a headphone jack). Clear sound and stable footage are your first steps towards reasonable video making.

Natural daylight provides the best option for smartphone video footage. If you are outside, your iPhone camera won’t need any external light sources. However, if you are shooting indoors, make use there are plenty of light sources around to provide even light. You can purchase LED lights that can ensure better light quality of your scene. If you are shooting in the day, sit close to a window. Film with the window behind the camera though, as otherwise you will end up with your subjects in silhouette.  Don’t film where there is a light source (light bulb) directly above someone’s head.

4# Create a storyboard for your iPhone video

Have a structure for the video story, prior to filming. That way you can be sure to have all the correct angles and the right amount of footage to edit down, once you get to that stage. If possible, create a story board where you practice the positions of the camera and you know which angles work well. It sounds involved, and as though it will take the spontaneity out of the footage. Remember that the vast number of video on YouTube fail to engage audiences because camera angles are poor. The dialogue is rambling and boring too. Make sure your story is told in best way possible, with snappy dialogue, clear shots and good lighting.

Apple has created the perfect software for beginners with the free iMovies package. It’s a brilliant platform on which to learn the basics of editing your iPhone video footage. Once you get hooked on film making of course, you will find it a little limiting. But for beginners, it’s the perfect way to learn the basics. For PC users, Windows has an inferior package called Movie Maker. It’s much more limited than iMovies – but you can still cut, trim, fliter and add music and affects to your videos. Any film maker will tell you that much of the magic happens in the editing suite. This is certainly true – and you will realise this once you’ve got to grips with the process. Until then though, make sure you take lots of footage whenever you plan a structured video. It’s far better to have too much footage, than too little to play with. 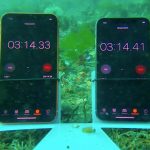 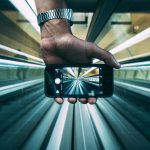