Is my iPad broken?

Is my iPad broken? There are a variety of reasons why your iPad broken or not working properly. This could be accidental damage, or perhaps a glitch in the software, which means that your tablet doesn’t work as it should. Whatever it is, your tablet is not going to allow you to play games, read emails shop or perhaps even check social media.

It might seem like it is all over for your time with your tablet, but just because your tablet isn’t working as it used to, that doesn’t mean that you need to give up on it completely. The first thing to do is work out what is wrong with your tablet and then you can make a decision on what you are going to do with it.

What caused the iPad to break?

The first thing to do is to work out what is wrong with your tablet. If you have dropped it and cracked the screen, then this is going to be one of the reasons why the iPad broken. If there is no sign of damage, then the reason that your tablet isn’t working might not be quite as obvious.

You might have corrupted third party apps on there, or you might have a software issue that is causing it not to work.

This is a  very obvious one – but an problem surprisingly few people consider. Charging cables have a limited shelf life and charging ports can easily be damaged. This is especially true if your child plays a lot on your iPad. The reason for this is that kids are impatient. They don;t want to wait for your device to recharge before they play on it. Therefor they tend to plug and play – which means they plug in the iPad and play on it while it’s charging. This isn’t a problem in itself. But kids do tend to ‘stretch’ the cable as they are playing and this causes breakages in the wire.

Seriously – we’re not joking. And yes, we know it sounds strange. But Apple tech is a curious beast – so read on to discover how you can ‘burp’ your iPad…

First of all, turn off your iPad completely. Make sure it’s not just in sleep mode. Take a towel and wrap the iPad in the towel so that the back and front are wrapped and protected. Then turn around the iPad so that the back is facing you.

Once that’s done, proceed to tap gently on the back on the iPad – literally as tough you are winding a baby… Don’t slap too hard. Just firm but gentle taps should do the trick. Continue tapping for a minute. Then put your iPad around the right way, take off the towel and turn it on to see if it works.

Although this method is distinctly unorthodox, it does actually yield results. However, if your iPad keeps turning off or being unresponsive, there is a technical issue that needs addressing.

Are iPads expensive to repair?

Once you have an idea of what is wrong with your tablet, or even if you are not sure, then it is worthwhile speaking to a tablet repair specialist and ask them to take a look at the tablet. They will not only be able to help to identify the problem, but they can also put forward a way that it can be fixed.

This will also tell you how much it is going to cost you to get your tablet back on track. Which will help you to make your decision on what to do.

If you really like your iPad and it is not that old, then it may be worthwhile paying out for it to repaired. However, if you have had the tablet for some time, or you are not quite getting along with it, then you might want to replace it with a new tablet.

A broken tablet may seem like the end of the line, but there are things that you can do. Why not pop into our iPad and smartphone repair shop in Ipswich and see if they can help you to repair your tablet and get it back to its best? 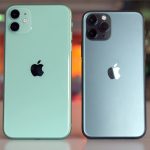 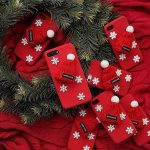